Home > Blog > Our Choice for the Greenest US President To Date

Our Choice for the Greenest US President To Date

Our Choice for the Greenest US President To Date
SolarFlairLighting.com

And the Greenest US President is...Here's a Hint

“The evil that men do lives after them; the good is oft interred with their bones…” Marc Antony in William Shakespeare’s Julius Caesar

Now if you think our choice for the greenest US President is a tree hugging liberal, you'd be wrong.

We know that our choice for the Greenest President liked the outdoors, we doubt he ever hugged a tree, and know there's no way he'd ever be mistaken for a liberal Democrat.

And for the record, we wrote this post and planned its publication today a few months back: long before President Obama announced his Clean Energy Plan on August 3, 2015.

Our Choice for the Greenest President is the 37th U.S. President, Richard Milhaus Nixon.

August 8, 2015 marked the 41st anniversary of President Nixon's resignation due to Watergate.

We also think it's high time to look beyond Watergate and give Nixon credit for the many good things he did that are  "oft interred" with his resignation. Watergate will never be forgotten, but neither should the good things that Nixon did.

Furthermore, as the 2016 election campaigns are now in full swing, we all should consider the environment when we vote, whether our leanings are Republican, Democrat, Independent, Green Party, Tea Party, and any other or any combination of the above.

We also acknowledge that the vast amount of sweeping environmental legislation in 1969 to 1973 was due not only to Nixon, but because the various parties in Washington, DC cooperated with each other.

Presidents Execute Laws Enacted by Congress; Nixon Gave An All Out Effort

There are arguments to be made that Nixon acted politically. So what?

Presidents are supposed to executes laws passed by the legislative branch (House and Senate).

Nixon not only signed the laws, he gave them teeth.

Let's be frank: if  a President does not like a law, he can veto it, which was certainly not possible with the environmental laws of the Nixon era. Presidents also can go by the letter of the enacted law and nothing more.

In these cases, the chances of any legislation meeting its objectives drops substantially.

While no tree hugger, as early as 1962, Nixon recognized the need for government action to address pressing environmental challenges.  Campaigning for governor of California, he advocated far-sighted measures to safeguard water quality by protecting what we now call “watersheds.” (Source: http://nixonfoundation.org/2012/10/the-environment-then-more-than-ever-and-much-more-than-now/)

Why We Choose President Nixon as the Greenest President

In a historic February 10, 1970 Special Message to Congress on Environmental Quality, Nixon proposed a 37-point plan to “move us dramatically forward toward what has become an urgent common goal of all Americans: the rescue of our natural habitat as a place both habitable and hospitable to man.”

Unlike the current shenanigans in Washington (and that applies to a great many people of all parties), Nixon worked to help the environment in a truly bipartisan fashion. Before brushing off Nixon's accomplishments, think about this:

What would happen today if sweeping pro-environmental legislation by a Democratic Congress was given to a conservative Republican president to sign and put into action?

Nixon did not work in a vacuum, and that's why you can click on the accomplishments listed below and get more information.

The National Environmental Policy Act (NEPA) was largely written and introduced by Washington Senator Henry M. Jackson and passed by Congress. Nixon signed the bill into law in January 1970.

Among the things that the EPA and NEPA does is require Environmental Impact Statements to evaluate negative environmental impacts of all government actions and regulations. Today, any large public or private sector project may require an EIS and lots of other permits before construction can begin. 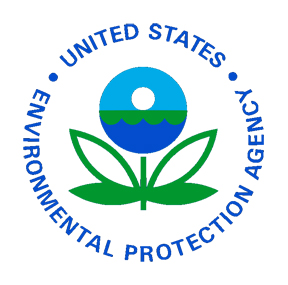 Nixon went further and created the Environmental Protection Agency to make sure that there were mechanisms to enforce NEPA. According to its website, the EPA:

"Was established on December 2, 1970 to consolidate in one agency a variety of federal research, monitoring, standard-setting and enforcement activities to ensure environmental protection...

Since its inception, EPA has been working for a cleaner, healthier environment for the American people." (Source: http://www2.epa.gov/aboutepa/epa-history)

Basically, the EPA was formed to operate under the administrative branch of the government as one agency to make sure all environmental laws were enforced by one agency instead of several different ones that could have had different and, at times, conflicting agendas.

Nixon created the EPA based in part of legislation action and based on recommendations of advisors on how to implement the many different existing, new and anticipated environmental regulations: NEPA, and the overhauled Clean Air Act of 1970, amendments that created the modern Clean Water Act.

“The Council on Environmental Quality (CEQ) coordinates Federal environmental efforts and works closely with agencies and other White House offices in the development of environmental policies and initiatives....

CEQ was established within the Executive Office of the President by Congress as part of the National Environmental Policy Act of 1969 (NEPA) and additional responsibilities were provided by the Environmental Quality Improvement Act of 1970.” (Source:  https://www.whitehouse.gov/administration/eop/ceq/about)

Again, there were various versions of this law, including the 1955 Air Pollution Control Act, and the Clean Air Act of 1963 and 1967 amendments.

According to the Union of Concerned Scientists (hardly a conservative bunch),the modern Clean Air Act:

“is a United States federal law designed to protect human health and the environment from the effects of air pollution.

Under the Clean Air Act, the Environmental Protection Agency (EPA) is required to regulate emission of pollutants that "endanger public health and welfare... State and local governments also monitor and enforce Clean Air Act regulations, with oversight by the EPA."

In 1971, Nixon declared Earth Day to be the official start of Earth Week to draw attention to it.

Though largely symbolic, Earth Day gets more and more attention each and every year.

Nixon did not invent Earth Day, but he sure did give it the US Government’s official blessing.

In 1972, US waters were teeming with pollution: oceans, bays, lakes and rivers. In 1969, a major tributary to Lake Erie, the the Cuyahoga River got fire.

Lake Erie itself was considered "dead" due to high levels of toxic pollutants. 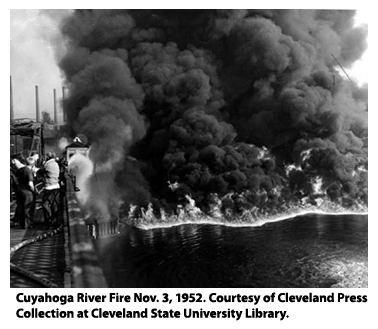 The 1972 "Clean Water Act" was officially called the “Water Quality Improvement Act of 1972."

It completely overhauled the original 1948 Clean Water Act enacted during the Truman administration.

The Water Quality Improvement Act of 1972 was a set of amendments that created the Clean Water Act as we know it today. It has been amended many times since 1972.

It established a simple, but difficult to achieve goal: that all all waters of the U.S. be fishable and swimmable by 1986. 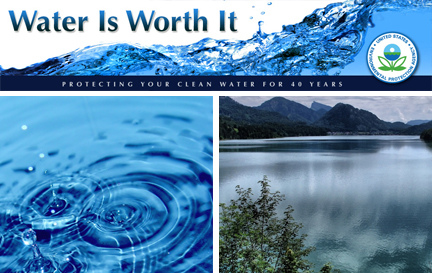 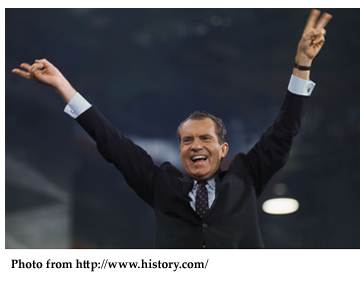 Summary: Are Things Any Cleaner Today, and Lessons for Today's Politicians

On this year's anniversary of Nixon's resignation, we want to let him take a bow for his work on the environment.

The United States is far cleaner than it was when the laws above went into effect. But while the US may have cleaned up its act, many other countries still have not.

Were the sweeping environmental regulations of the early 1970s too little, too late? Maybe, but it was a start but certainly Nixon did the following:

Even today, business and lobbyists try to get Washington to give exemptions under, or curb requirements of the Clean Water and Clean Air Acts "save American businesses and jobs." Don't like it: call or email your congressperson or senators.

Maybe one reason so much pro-environmental legislation happened was because politicians worked together for the US people a lot more than they do today. We think that thanking a conservative Republican who reached across the aisle is a good way to start moving forward to a world that is better for everyone.

Despite Watergate, it's time all today's presidential candidates stop looking at Nixon as someone to be ashamed of. Instead, we're giving him kudos as an example of how a President put politics aside for the good of the people he represented, whether they voted for him or not.