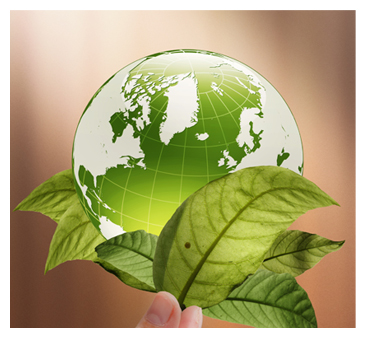 There was a time when many powerful Republicans were unabashedly pro-environment.

For example, we think that Richard Nixon was one of the Greenest Presidents ever.

On the 42nd anniversary of Nixon's resignation from the Presidency of the United States, we again think it's time to review some good things about Nixon, aside from his work to establish sane relations with the USSR and China.

As Marc Antony said, "The evil that men do lives after them; The good is oft interrèd with their bones. So let it be with Caesar."

Frankly, it's high time everyone think of things other than Watergate when they remember Nixon.

Specifically, today we revisit our post on some of Nixon's many leadership positions to protect our water, air, our Earth from pollution, where we call Richard Nixon the Greenest President of All, and reiterate the many important environmental regulations and agencies that he helped create including the Environmental Protection Agency (EPA), the Clean Water Act and the Clean Air Act.

Did pragmatism and politics drive Nixon?

Sure, but like Nixon, SolarFlairLighting.com is pragmatic about the environment. Nixon and Republicans of his day did not deny that the the environment, in the early 1970s, was in trouble.

In the spirit of ecological environmental awareness, we also want to review some other of our posts about the pragmatism of environmental protection.

Renewable Energy is A Good Thing

We're finalizing a post that demonstrates that once again in 2015, clean energy jobs was a major portion of all new US jobs.

This article updates the numbers (and reconfirms) many of the trends shown in our post "Do We Really Need to Choose Between the Environment and the Economy?" Why: because clean water, air and energy is not just good for the environment, it's good for our economy.

Other Posts of Interest: